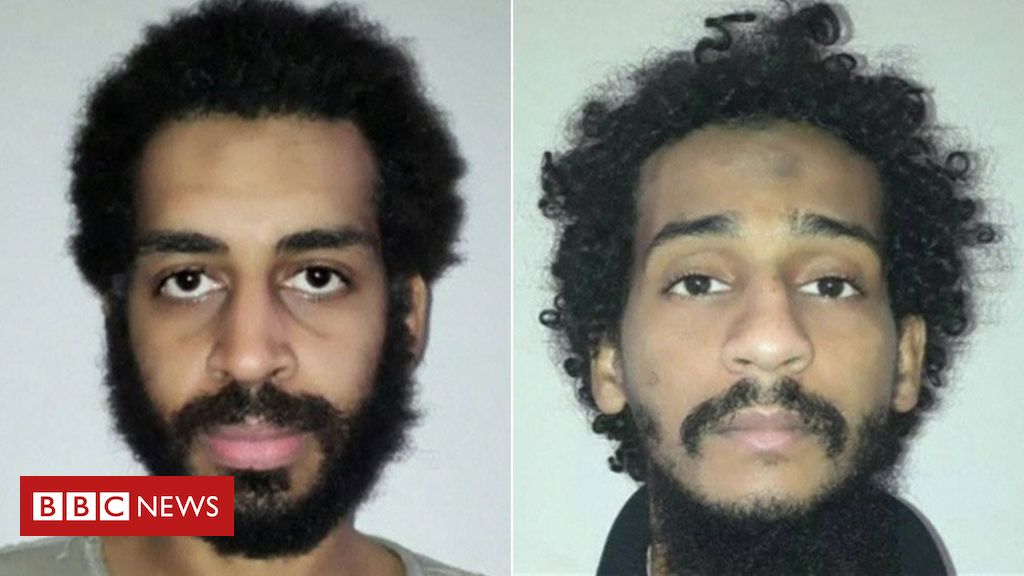 Comment: Crime and punishment: what to do with returning foreign fighters?

Is the issue of joining terror groups and the repercussions of facing justice clear cut?  Should individuals taking up arms with ideological aims – and who may have broken the law – face trials in the country they’ve been captured in, face justice at home, or should we deport them to Guantanamo Bay as Trump has suggested?  In other words, what should happen to the 850 British nationals who have travelled to fight or support jihadist groups in Syria and Iraq including over half who have already returned back to the UK?

Do British terrorists have recourse to human rights?

The British ISIS jihadists “Beatles” Alexanda Kotey and El Shafee Elsheikh captured by Kurdish fighters a few weeks ago had imprisoned, tortured and executed their victims including foreign aid workers. Here are men who have committed the most horrendous acts, and the term ‘Beatles’ indeed should never have been coined, with its cuddly implications.  Some family members of the victims want them tried at an international war crimes court or in the UK to uphold justice. Also in the news, James Matthews,  a former British soldier is facing prosecution under the Terrorism Act 2006 for fighting against ISIS for a Kurdish group assisting the British government in Syria. If convicted, this would be the first prosecution of its kind of an individual fighting against ISIS.

The issues and subsequent answers themselves are divisive: from those suggesting that as British nationals they must have access to our legal framework, to those articulating that foreign fighters have rescinded their rights – including citizenship – by choosing the path of terror and should now face the consequences.

Last Sunday our director, Professor Lynn Davies took part in a panel discussion on BBC1’s Big Questions programme  ‘Should all ISIS returnees be punished?’  As can be imagined, a diverse audience with provocative and divided views was assembled. The arguments revolved around different concepts of justice and different takes on security. On the one side was the view that violent jihadis had betrayed their country and were not deserving of return. They would have forfeited any rights to citizenship or even life.  If allowed back, they would pose a grave threat to security, and infringe the rights of our citizens to safety.

The question is whether the same sanctions can or should be applied to all returnees. The contrasts between the adolescent Bethnal Green girls and the barbaric Kotey and Elsheikh seem clear, with the need for differentiated treatment. Yet there were arguments that they had all made choices, and they all had accepted violence as a means to an end – even if in the Bethnal Green girls’ case, they may not have actually used it themselves. Yet cases of British citizens fighting against ISIS elicit different emotions, despite the legal basis for their prosecution.

We are an independent social enterprise working with young people, communities and practitioners nationally  to build resilience against extremism, violence  and exploitation.
We undertake research, training and facilitation.

Justice and the treatment of returnees benefits from taking a longer-term view of security.

But the real key to deciding people’s fate is not motivation but our judicial system and the requirement for evidence. In this country, we have a system which continually tries to steer a path between protection of liberties and the need for security.  First, it is against human rights law to render people stateless, so they cannot have citizenship taken away unless they are a dual national.  If, as British citizens, they should return to face a fair trial, then in order to come to open court, there must be evidence of a crime.   If there is no or insufficient evidence, but some intelligence about activities, then there is a raft of measures that can be applied – Temporary Exclusion orders for up to 2 years, TPIMS (Terrorism Prevention and Investigation Measures, a sort of house arrest) and multi-agency protection arrangements, so that there can be surveillance and possibly attempts at reintegration.

Naturally, there needs to be recognition of people’s fears that extremists will slip through the net, and that they will have been permanently brutalised and groomed to commit terrorist acts in UK.  But we cannot lock people up permanently on suspicion.  In this country we do not convict for thought crime, for ideology. In our struggle against terrorism what we are defending in the UK is the rule of law, rights, justice.  We cannot suspend these, or in some ways the terrorists will have won. And there is more likelihood of radicalisation if there is anger about harsh or random treatment.

Justice must not be about revenge, but insisting on the normal working of the law. The treatment of returnees also benefits from taking a longer-term view of security.

Using the experiences of former extremists

In our work with former extremists we have been able to make films of them talking of their experiences which we use in our training. The ‘formers’ talk candidly of how they were radicalised and why they chose to leave. We find young people and adults alike absolutely engaged with these stories, especially when extremists go ‘live’ into schools and students can bombard them with questions. Used in this way, the narratives of former extremists can build resilience to being radicalised.

Many former extremists will have become embittered, felt betrayed, come to hate the violence. We believe it is worth taking the risk of using the experiences of those formers productively – not instead of punishment, but acknowledging the possibility of change. This is part of the heritage we are protecting.