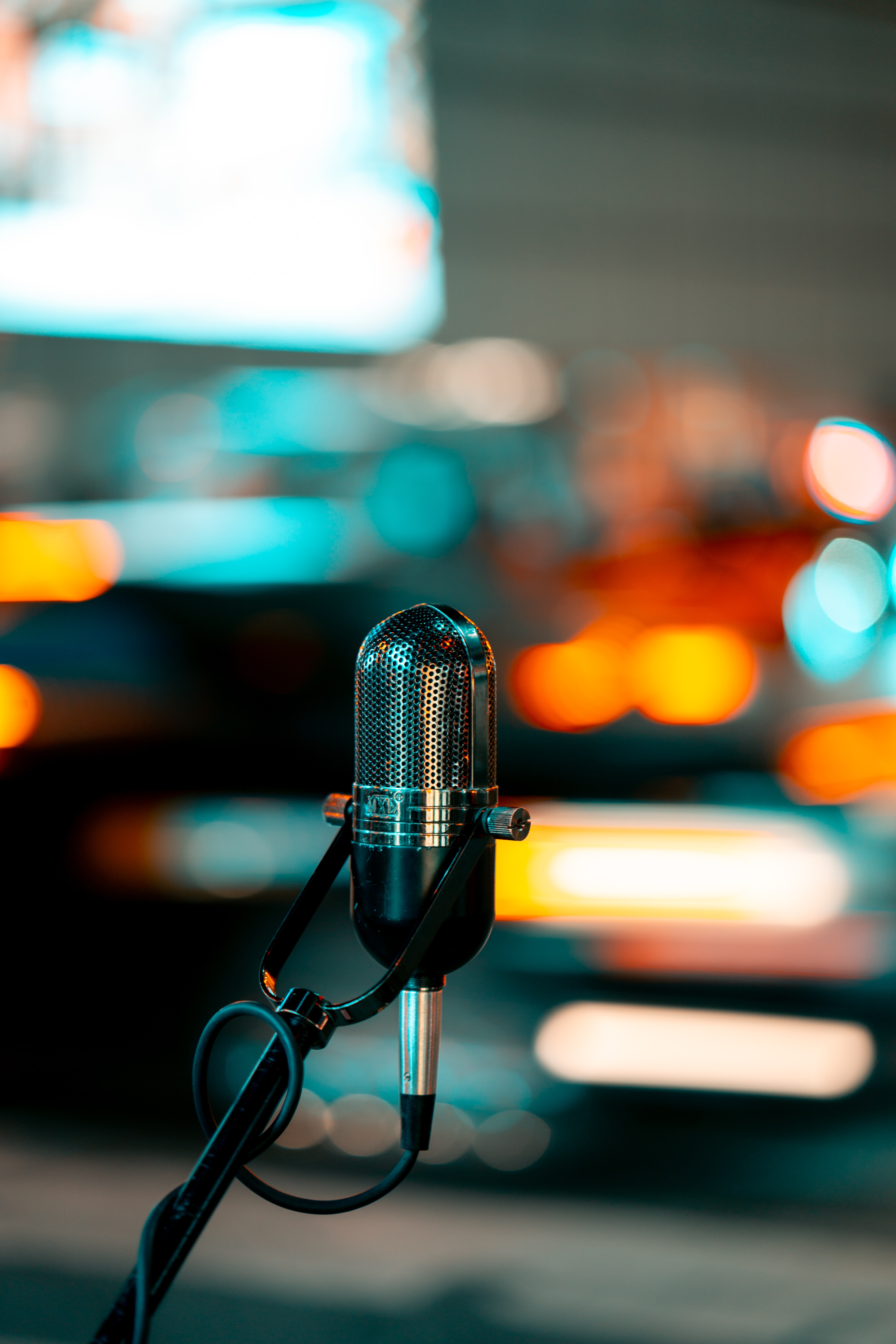 Our point of view

Comment: A cautious welcome to the Commission for Countering Extremism and its new team of Experts – with some caveats.

On 24th January 2018 Sara Khan was announced as head of the new Commission for Countering Extremism, a move met with controversy over the perceived partiality of a person seen by some as too close to government, and fears that the need to build bridges between diverse groups across all communities would not be met.

This week’s announcement  (July 2018) of the Commission’s team of Experts, means more doubts will be raised about the London-centric, seemingly politically safe selection.  Does this include the sustained expertise of those working directly in communities across the country, for example with youth, refugees, or in prisons, or will they remain just the targets of visits?  There is strangely no expert on education, where much of the resilience to extremism can be built.

However, at ConnectFutures we would not want to distract from deeper issues by undue focus on the make-up of the Expert group.  These issues are the terms of reference, the remit and future impact of this Commission, and the transparency of all its processes. For organisations working in this arena, and communities more broadly, especially victims of hate and violence, it is more important to set out what we want from this Commission, rather than boycotting activities on the basis of its personnel.

In the aftermath of the Commissions’ contentious launch there are urgent tasks and significant challenges, beginning with building trust. The factsheet from 25th January from the Home Office News Team states that ‘The Commission for Countering Extremism will initially be established as a non-statutory expert committee of the Home Office. It will operate independently, at arm’s length from government.’ The Commissioner remains in a tricky position in which she still needs to demonstrate how she will be ‘at arm’s length’.  She will have to show she is not the conduit of Ministers and is in a position to independently challenge where necessary. She will have to make plain how she is willing to hear all voices, including critics of policy.

To make progress in policy and practice, to refine and undo damage, bridges must be built, and a whole spectrum of ideas and experiences taken into account, with impartiality and inclusivity. The Commissioner is well known for her work focusing on Muslim women but must now demonstrate that the Commission will actively work with all communities against all forms of extremism, beyond managed visits.

We hope that the Commission and its Experts will seize the space to pose new questions. Can it interrogate the old frameworks?  If we look more clearly at the remit, the first task is ‘To identify extremism and advise the Government on new policies to tackle extremism, including whether there is a need for new powers’. But the definition of extremism in the Factsheet is unchanged from the old government working definition (not legal) which has caused so much controversy, that is, ‘extremism is the vocal or active opposition to our fundamental values, including the rule of law, individual liberty and the mutual respect and tolerance for those of different faiths and beliefs’.

So an initial task of the Commission must be to re-interrogate this definition and explore the effect it has had in all, but particularly educational spheres:  if ‘vocal opposition’ is categorised as extremism, then this (as already seen), puts brakes on free speech and debate in classrooms and beyond. If you question democracy, are you an extremist, and liable to intervention? Students and teachers are already cautious about stances seeming to contest so-called ‘British’ values.  The controversy is always about when to intervene in the pre-criminal space while upholding democratic rights, and this definition does not help:  by shutting down the difficult conversations, we cannot effectively challenge hate.

If the government definition of extremism is shaky and counter-productive for integration, then what is the definition of counter-extremism to be?  The Commissioner and her Experts could usefully learn from David Anderson, a member of her Expert Group, and former Independent Reviewer of Terrorism Legislation (IRTL) – where clear legal frameworks are provided. Max Hill QC, the current IRTL recently gave us the important reminder that counter-terror laws and prosecutions are not for thought crime – there have to be preparatory acts for something to be criminal and in this country we do not police thoughts or government criticism.  While hate speech does have to be censured, counter-extremism, as with counter-terror legislation, has to find the balance between safeguarding communities and the protection of basic liberties.

The Commission’s terms and remit regarding extremism and counter-extremism must go beyond some vague catch all around what ‘most’ people find acceptable or not.  It is not possible to ‘support communities and the public sector in confronting extremism wherever it exists’ if there are no clear and agreed parameters within the clear scope of a Terms of Reference, whether all extremism or only violent extremism.

One can see why there is concern among some minority groups about this new Commission when looking at its third remit:  ‘Promote British values and community cohesion – including ensuring women’s rights are upheld’.  The sub-text of this is of course a focus on Muslim (and possibly Jewish) communities.  Will there be an equivalent concern about women’s rights in far right groups or in the Christian church?   It is unsurprising that Muslim communities feel stigmatised.  They seem already problematised and under the spotlight before the Commission even starts its work.   The link between integration, different forms of violent extremism and denial of rights needs careful analysis and sensitive treatment.

We thus look forward to the Commission’s  ‘comprehensive study on the scale, influence and reach of extremism in this country’.  For this, and for transparency, the public will need to know what the clear terms of reference and timelines are for the CCE to conduct this massive research, when the Commissioner itself is a part time role.  A few descriptive case studies will not be enough and risk yet more over-simplistic linkages.

So the initial (and continuing) months of listening and travelling will be crucial to the success of this Commission. An excellent example of this is the IRTL, who goes round the country explaining his role and listening to diverse groups about the impact of terror legislation.  We organised a forum for him such as this in Birmingham and recently produced a report on the dialogue and concerns raised.  Max Hill’s remit does not include Prevent, but it would seem that an equivalent role of Independent Reviewer of Prevent Legislation/Strategy is needed – given the experiences that people have had over 10 years.  Yet Sara Khan also told Sky News that ‘the work that I am doing in the commission is not part of Prevent. This is about preventing extremism. Prevent is part of the countering terrorism strategy’.  But the Commission is defined as a non-statutory expert committee of the Home Office – the lead department on countering terrorism, and if they are not looking at Prevent, who is?  She rightly stresses how extremism can be harmful; but we need to know whether counter-extremism measures are or may also be seen as problematic, and how to improve them.

Much hangs then on communication and actively, meaningfully, engaging all communities:  neither shouty meetings nor staged encounters with hand-picked community ‘leaders’, but the establishment of systematic ways for people to raise concerns and contribute ideas and expertise. How are communities to contact the Commissioner in the first instance?  How will they tell the CCE about their experiences? How will they know what is happening?  The Factsheet says there will be ‘an Annual report on its work’. This is not enough. We would like to hear about the lines of accountability, and methods of communication.  Following the example of the office of the IRTL, there should be publicly released reports of the dialogues held, and of the assessments made.  This means a website and social media presence with constant updates and news, and possibilities for people to contribute, not mere photo opportunities.  It is acknowledged that much has to be confidential, but trust has to be established.  Going back to our initial comments, how will the extent of extremism in Britain be assessed if people and communities do not have a clear definition of boundaries and what to report and how to report it?

Finally, as an independent organization involved in training and research on extremism and inclusion that both engages and challenges within the Prevent space, we at ConnectFutures  welcome the CCE’s remit for help in training in schools and colleges.  Again, there needs to be a critical identification of what training is happening and how people see it, with its impact on students, teachers and Designated Safeguarding Leads.

We look forward to seeing what happens to the Commissioner and her new Expert team in post, and how she rises to the myriad challenges.  The Commission says it wants to support communities, but it will also need support from communities.  This support will not be unqualified, but in ConnectFutures we are happy to participate in what we hope will be a transparent, constantly learning, independent process.

To conclude, we’d be pleased to invite the Commissioner and her team to Birmingham at an event involving all our diverse communities.

We are an independent social enterprise working with young people, communities and practitioners nationally  to build resilience against extremism, violence  and exploitation.

We undertake research, training and facilitation.