How many children who commit crimes are groomed? by Penelope Gibbs

“Oliver wondered what picking the old gentleman’s pocket in play, had to do with his chances of being a great man. But thinking that [Fagin], being so much his senior, must know best, he followed him quietly to the table; and was soon deeply involved in his new study”

Charles Dickens’ character Fagin in Oliver Twist grooms vulnerable teenagers to pickpocket for him. The children adore him because he provides them with a home and appears to care for them. Children are groomed and exploited the world over and many commit crime as a result. The link between child crime and exploitation in this country has been highlighted by:

Agencies are now more alert to the connection between victim and perpetrator in relation to victims of child sexual exploitation. The Crown Prosecution Service guidance says “prosecutors are encouraged to look beyond the previous offending by the victim and consider the drivers and circumstances of the offending behaviour. Victims may sometimes commit what is called ‘survival crime’, i.e. committing crime to find safety or committing crime to ensure justice”.

The possibility that a teenager criminal may have been groomed came up again in relation to Safaa Boular the teenage terrorist who “led” the first ever female terrorist cell in England. She grew up in a disfunctional abusive family. Her parents split up when she was six and her mother Mina forced her children to adopt a highly conservative version of Islam.  Mina assaulted Safaa’s sister for wearing Western clothes. Safaa’s phone was confiscated when her mother heard her talking to boys. Safaa ran away at one point but was brought back home. 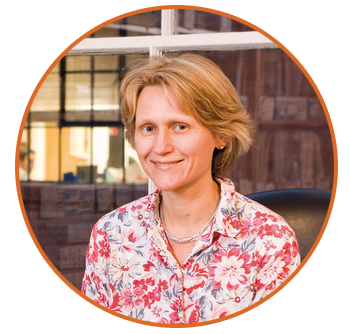 Penelope Gibbs worked in radio production and at the BBC before being inspired to influence social change in the third sector. She set up the Voluntary Action Media Unit at TimeBank before joining the Prison Reform Trust to run Out of Trouble – a five year campaign to reduce child and youth imprisonment. Under her watch, the number of children in prison in the UK fell by a third.

In 2012, Penelope set up Transform Justice, a charity designed to help create a fairer, more open, more humane and more effective justice system in the UK.

Penelope has sat as a magistrate; she is the Deputy Chair of the Standing Committee on Youth Justice; and she is a research associate of the Centre for Criminology at the University of Oxford.

Not allowed to go out with friends from school, Safaa aged 15 started developing online contacts who worked for ISIS including Naweed Hussain, who was fighting in Syria. At her trial Safaa said he “was very caring, very sweet, very flattering. It was the first time that I had received this kind of attention from a male.” Safaa’s barrister Joel Bennathan QC said she was groomed into radicalism. The judge agreed she was “influenced and drawn into extremism” but in planning an attack on the British Museum it appeared to him “she knew what she was doing and acted with open eyes”. Her groomer, whom she married online, was already dead by the time Safaa, aged 17, planned the attack (which was foiled by the security services). She was sentenced to life imprisonment. In custody now she appears to have rejected Islam and wears Western dress.

Was Safaa abused by her mother and groomed by ISIS and, if so, should it make any difference to the way the criminal justice system treated her? She was definitely a vulnerable, socially isolated teenager, and most vulnerable teenagers are easily influenced. But did she still make a choice to join ISIS and plot a terrorist attack? Sexually exploited teenagers who commit crime, teenagers coerced into dealing drugs, and cases like that of Safaa raise important questions about children and criminal responsibility. And about how to get the punishment to fit both the crime and the criminal.