Counterterrorism And The Death Penalty

A leaked letter by Home Secretary Sajid Javid, in which he says the UK will demand “no assurances” that two suspected IS members will not be executed in the US, has caused a debate about the death penalty and the UK’s counterterrorism approach. In this blog post, Dr Jennifer Philippa Eggert explains why Javid’s position is deeply concerning and why human-rights-compliant counterterrorism strategies are a must.

Two (suspected) IS members from the UK arrested in Syria

Alexanda Kotey and Shafee El-Sheikh, who both grew up in London as British citizens, were arrested in Syria earlier this year.  They are currently held by Syrian Kurdish forces, with the US planning to prosecute them for terrorism. US officials believe they are responsible for  “exceptionally cruel torture methods” and dozens of beheadings, including the brutal killings of several Syrian, British, US American and Japanese journalists, aid workers and soldiers. Kotey and El-Sheikh used to be members of a four-men group of IS members dubbed ‘The Beatles’ by their hostages – a name that Western media inaptly picked up and used in its coverage.

In late July 2018, a few months after Kotey’s and El-Sheikh’s arrest, a letter by Home Secretary Sajid Javid to Jeff Sessions, the US Attorney General, was leaked to The Telegraph.   In the letter, Javid says that the UK will provide the US with intelligence about the two suspects, without demanding assurances that the two suspected IS members will not be executed in the US. Kotey and El-Sheikh had been stripped of their UK citizenship shortly after their capture, a highly unusual – and very controversial – step taken by the Home Office. It was later reported that Prime Minister Theresa May was aware and supportive of Javid’s position.

The leaked letter by Sajid Javid has caused an outcry from political analysts and human rights campaigners. A quick review of the recent history of the UK offers plenty of examples of questionable counterterrorism/counterextremism practices, often with an appalling lack of respect of human rights. However, the human rights platform RightsInfo have pointed out that previous Home Secretaries have stressed that suspects would not be extradited to the US if there was a risk that capital punishment would be exercised. Moreover, former Prime Minister Tony Blair and previous Foreign Secretary Jack Straw have tried to intervene in the past when British citizens were threatened by the death penalty in the US.

Strong criticisms and a sudden U-turn

Javid’s position in the leaked letter was met with strong criticism by politicians and media commentators. El-Sheikh’s mother lodged an emergency claim against the British government, which announced it had temporarily suspended co-operation with the US in this case, following a request from a lawyer acting on behalf of El-Sheikh. A government spokesman was quoted as saying: “We have agreed to a short-term pause. The Government remains committed to bringing these people to justice and we are confident we have acted in full accordance of the law.” Meanwhile, some have raised concerns that the UK government may have already shared information that could be used against Kotey and El-Sheikh in a US court.

The position of Javid, which is apparently supported by Theresa May, is extremely problematic for a number of reasons.

1) It is (most likely) illegal and contradicts previous practice

When the Human Rights Convention was drafted in the 1950s, the death penalty was not generally considered a violation of international human rights. This changed in the 1980s and early 2000s, when additional protocols were introduced, which declare capital punishment a human rights violation. Having signed and ratified both additional protocols, the UK is legally bound to follow them. Moreover, the 2003 Extradition Act specifically prohibits extradition if the accused risks facing the death penalty. While Kotey and El-Sheikh are being held in Syria and do therefore not face extradition from the UK, by agreeing to provide intelligence without demanding assurances that the two will not be executed, the British government would make itself complicit. Furthermore, as pointed out above, Javid’s and May’s position clearly contradicts the practice of previous governments. Ironically, the news of Javid’s leaked letter emerged on the same day the British Foreign Office launched its annual Human Rights and Democracy Report, which strongly condemns the death penalty “in all circumstances as a matter of principle.” 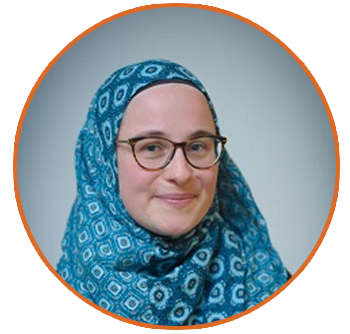 Jennifer is Head of the Research and Development Department at the Humanatariam Academy for Development (HAD).

She has been working as a researcher and practitioner since 2002. Her areas of expertise include gender, political violence (civil wars, violent extremism, terrorism), Islam(ism), migration, and development, with a focus on Europe, the Levant and South Asia.

Before joining HAD, Jennifer worked for the University of Warwick and Oxford Brookes University. She was a Visiting Researcher at the Woodrow Wilson School of Public and International Affairs at Princeton University (USA) and at the Department of Women and Gender Studies at the University of Colorado, Boulder (USA). Jennifer has conducted field research in Lebanon, Jordan and Sri Lanka.

Prior (and in parallel) to her academic career, Jennifer has worked in the areas of development, civic education, intercultural dialogue, community engagement, conflict transformation, and counter-extremism in the UK, Germany, France, Austria, Bosnia-Herzegovina, Bulgaria, Palestine, Lebanon, Jordan, Yemen and Pakistan.

Jennifer holds a PhD in Politics and International Studies from the University of Warwick and an MSc in Conflict Studies from the LSE. She completed undergraduate studies in Social and Cultural Sciences at the European University Viadrina (Germany) and at Sciences Po Paris (France). She is also a trained Practitioner in Civil Non-Violent Conflict Management.

2) It is immoral, because human rights must be untouchable

Human rights must be non-negotiable. If we allow exceptions to human rights, there is no guarantee that ‘exceptional cases’ will not be invoked again and that slowly but surely the rights that every human should have will be diluted. The death penalty is always cruel – and irrevocable. It is understandable that in the fight against crimes as heinous as terrorism (or, to cite another example, child sexual abuse) some see the death penalty as justified. However, it is our duty as citizens who believe in human rights to defend the human rights of everyone. Human rights that do not apply to everyone – regardless of the circumstances – are no human rights. The annual Human Rights and Democracy Report of the British Foreign Office stresses that the death penalty “undermines human dignity” and that the “UK plays a leading role in pressing for reduced use of the death penalty overseas.” This unequivocal condemnation makes the behaviour by Javid and May even more disappointing.

3) It would be counterproductive in the fight against terrorism

Human rights violations by the state are often used by terrorist and extremist organisations as ‘evidence’ for how ‘corrupted’ (and downright ‘evil’) states such as the UK are. Highlighting problematic practices by the British government that contradict official discourses about human rights, democracy and the rule of law is at the heart of many terrorists’ propaganda strategies. In some cases, terrorist organisations intendedly aim at making the state overreact in its fight against terrorism – because they know that the state’s backlash (especially if it goes hand in hand with human rights violations that affect wider communities) has the potential of causing others to radicalise and join an extremist group. Two (suspected) terrorists who were stripped of their citizenship and sent to the US where they might be facing the death penalty, without the government opposing this move fits perfectly into this picture of the ‘evil’ UK that does not protect the human rights of its Muslim citizens. This is why several relatives of the Kotey’s and El-Sheikh’s victims voiced their opposition to the death penalty being applied in this case: They didn’t want to see two more ‘martyrs’ be created. By defending the human rights even of (suspected) terrorists, we show that we are better than them and that we truly believe in (and practice) what we preach.