Why should we be talking about extremist violence at the same time as gangs, serious youth violence and knife crime?

Like extremism and terrorism, gang related violence and knife crime isn’t an emerging issue. Across the country, skilled practitioners have been working in the violence prevention space long before 21st century journalists labelled it an ‘epidemic’. Violence is very often rooted in an un-met need or desire whether you, an external, believe the need is legitimate or not. Exploring the political, social and geographical contexts surrounding violence is essential in understanding why it happens and how to prevent it. In our current context we are faced with intersecting economic, racial and social inequalities that are accompanied by damaging narratives that tell us to fear people who are different from us. These contexts apply, in many of the same ways, to serious youth violence and the threat of violent extremism. A few months ago, Sadiq Khan explained his view that austerity and its impact on youth funding provisions are closely linked to the rise in serious youth violence in London and across the country. After a terrorist killed two young people at London Bridge last week, the father of one of the victims, Jack Merritt, wrote an open letter published in The Guardian. He explained, with a clarity and eloquence so beautiful and heart-breaking, that his son’s life work aspired for a world in which rehabilitation, not revenge is the aspiration and where “we do not consistently undermine public services”. Merritt’s father and Khan are describing the same context; when austerity removes systems that exist to protect, support and empower young people, marginalised people, vulnerable people and those at risk of exploitation, we witness tragic incidents of violence across the political spectrum.

Across online and print media, we are seeing increasing reports of a rise in serious knife crime as well as commentary on the on-going ‘substantial’ threat level of terrorism in the UK. Sensationalism is a risk in this field and it’s important to acknowledge the deep-rooted and complicated nature of all forms of violence, especially those discussed here. Every incident of violence in every community has a different set of circumstances surrounding it, different individuals impacted and different (although nearly always horribly damaging) consequences.

It is not my intention to overlook nuance or undermine the need for tailored, measured responses to different forms of violence. I do, however, think there is a value in acknowledging the intersections between multiple forms of violence, especially when working in the prevention space. Operating within the context we are, we see that many people experience multiple vulnerabilities that make them open to exploitation by organised street gangs or violent extremist groups. It is helpful to consider what these vulnerabilities might be and then where and how they might be exploited.

In the case of violent extremism and gang recruitment we see various cross-overs. Widely acknowledged in literature and by practitioners within these spaces, is that social isolation and the subsequent need for familial-style bonds impacts individuals who join both extremist groups and criminalised gangs. Equally, the desire for economic liberation, the need for physical safety and protection from external harms, legitimate but ill-perceived anger and no outlet… I hate this phrase, but the list actually does go on. Alongside these vulnerabilities, in many cases the means used to recruit to gangs and extremist groups overlap. Acknowledging that, in some cases, individuals choose with full agency to engage in these forms of violence is essential but, especially when working with young people, pin-pointing shared recruitment techniques has practical use. The online space is increasingly used as recruitment and operational grounds for violent extremist groups and gangs. The development of personal and meaningful relationships applies very frequently in both cases, as well as the mobilisation of political, personal or social anger held deeply by individuals who go on to engage. Understanding that our context has led us to a place where these vulnerabilities exist and can be exploited, although grim, leaves us more equipped to effectively and positively intervene. 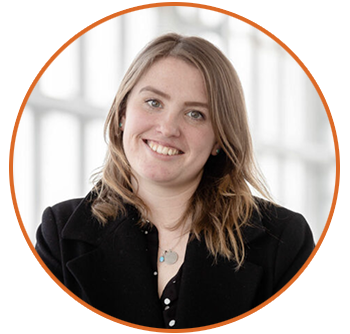 Carys is Head of Programmes and Impact at ConnectFutures.  Her specialism is youth engagement, social integration and community-led development with a  focus  on topics including Far-Right extremism in the UK, gender in terrorism and CVE.

She has extensive youth work experience and develops volunteering opportunities centred on personal development for young people and social action in communities. She recently completed  her Master’s degree in Terrorism and Political  Violence -with distinction – at the University of Birmingham in 2019.

ConnectFutures works with a number of amazing partners. In this space, we share  with and learn every day from The St Giles’ Trust who we co-design and deliver gang and extremism prevention workshops with. Together we have run our BRAVE (Building Resilience Against Violence and Extremism) programme in 19 local authority areas in the UK over the last 3 years. The programme is rooted in the need to challenge and undermine pervasive positive stereotypes in relation to violent extremist group or gang membership, whilst highlighting the ways and means these groups deliberately exploit for their own gain. The workshop is rooted in the belief that, when working with young people, honest and confident discussions about these difficult issues works best, especially when spoken in the same language as young people by people they can identify with and respect. Our context has limited some of the amazing youth and community provisions that have existed in this space before now and, in response, we should continue to advocate for a multi-agency, multi-expert approach to the prevention of youth violence.

With this in mind, ConnectFutures champions the addition of a Contextual Safeguarding (workshops currently being trialled in the West Midlands) approach to child protection, that seeks to expand our understanding of how and where we should intervene to protect our young people from harm outside of the home. By exploring the spaces and places young people experience risk and harm, considering how we as practitioners can prevent and intervene in these spaces is an additional step in addressing the multiple and varied intersecting risks young people face.

I’d love to hear what your experiences and thoughts are on this topic so why not drop me a line?