Working in classrooms or with young people, you’ll know the feeling.   A young person tells you or mentions in passing their opinion about a controversial, divisive and sometimes painful issue, and expects a response. When events happen in Palestine and Israel we often find that there are sometimes ripples in our classrooms as young students try to respond to matters that are quickly unfolding on their screens and on the news. Should educators and parents react? And if so, how? Together, Professor Lynn Davies and I, Carys Evans, have developed what we think are the ‘Top 10 Tips for facilitating difficult conversations in classrooms’ to support you in this process.

The challenge of teaching controversial issues has a long history.  There are many excellent resources, such as Parallel Histories or Facing History and Ourselves which use past and current conflicts to generate discussion on competing viewpoints and interpretations of events.   International projects in Integrative Complexity from Scotland and Northern Ireland to Kenya and Pakistan, use ‘hot topics’ to generate debate and try to change the structure of thinking from binary to multiple perspectivity, to show how apparently contrasting values can find common ground or enable people to ‘live well together’.  Philosophy for Children is another impressive programme for children of all ages, using an enquiry based approach to explore values and to accept ‘you don’t always have to be right’.  In schools that have used these and similar resources, ideally young people will have been exposed to habits of seeing more than one version of events.  Ideally, they’ll have learned the disciplines of debate and respect.  In that respect, they’ll be comfortable with living with ambiguity and seeing one’s firmly held ideas as revisable, while retaining a core of values to assess current issues.  Yet there are always new and unpredictable events which generate strong, one-sided views which cannot always be reduced to arguments for compromise or respect.

There are also new ‘offences’.  We’ve seen how attempts to teach anti-racism, or anti-semitism or Islamophobia through depiction of images, cartoons and propaganda can generate claims of individual or community offence.  The national context may be crucial: does a government actually want young people to see both sides, preferring to designate a group as proscribed or terrorist or blasphemous or traitorous?  Or does a government in contrast prefer to promote absolute even-handedness in the interests of religious or political harmony (what we used to call the ‘Let’s hear it now for the Attila the Hun’ approach)?   Yet schools have a duty to enable young people to understand the complex roots of conflict and responsibility for conflict as well as to learn a sense of agency.  Should, as has happened across UK, schools sanction students for taking sides, for example, for showing pro-Palestinian solidarity? Is it possible to ‘see both sides’ when there are apparent asymmetrical power relations?

We know that extremist groups will use every opportunity to whip up hatred, to bring a distant conflict nearer to home by portraying it as an attack on their religion generally, or, in the far right, by portraying a rise in refugees and asylum seekers as an incursion on British nationality.  Existing resources may or may not be useful in tackling some new unforeseen eventuality.  As always, teachers have to be prepared. 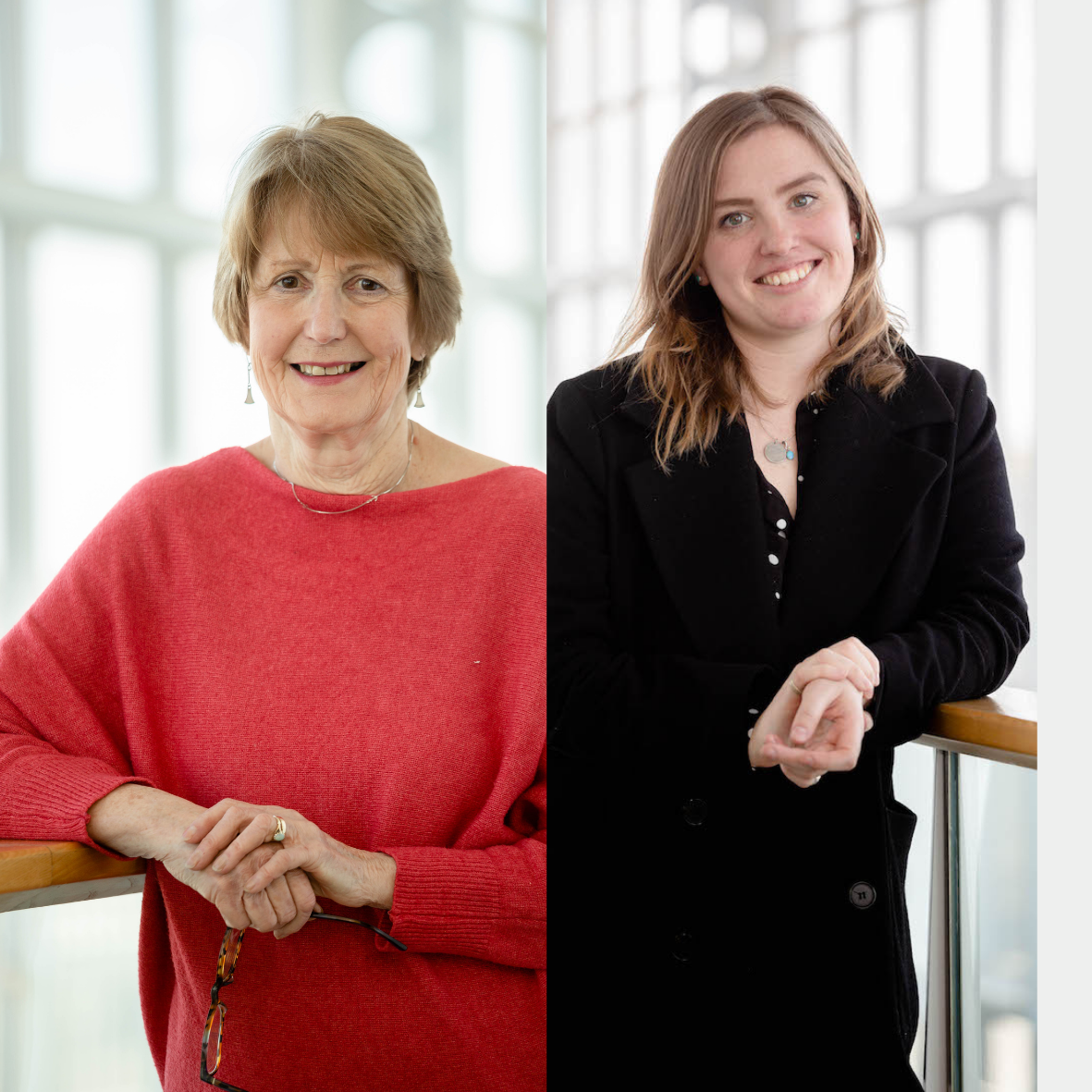 Professor Lynn Davies is Emeritus Professor of International Education in the School of Education at the University of Birmingham. Her research areas are international conflict, education and extremism. She is the Co-Director of ConnectFutures and a recipient of the Sir Brian Urquhart award for Distinguished Service to the UN (2014)

Carys Evans is the Head of Programmes and Impact at ConnectFutures and has worked with young people for 10 years. She is studying a PhD in education and extremism.

She has extensive youth work experience and develops volunteering opportunities centered on personal development for young people and social action in communities.

Let’s connect. We can both be found on LinkedIn.

So, how do we think about these conversations in classrooms at ConnectFutures? We’ve developed our list of Top 10 Tips on facilitating difficult conversations in schools, colleges, and classrooms. These tips are based on our research and experience and borne from the belief that teachers and educators have the skills and desire to engage in these topics. I’ve been working with young people in formal and informal education settings for 10 years. Some of the most engaging and rewarding youth work I’ve done has been when facilitating peer-to-peer learning through difficult conversations. Our contemporary context makes this seem a daunting task; teachers report they are concerned they will commit unintentional micro-aggressionsand educational policy on in-school neutrality continues to rein in those otherwise keen to engage. It is our firm belief we must proceed with these conversations rather than avoid them. Young people’s resilience to harmful messages increases the more they engage with difficult topics in safe spaces; we have the opportunity to support this development through the engagement in tough topics.

There are of course ways to encourage difficult discussions in schools without having to engage in these topics ourselves. Often, young people benefit hugely from hearing from those with lived experience or someone separate to their everyday teaching staff.  This can be done using INSET days with guest speakers, theatre in education sessions designed to prompt discussion or testimonies from individuals who’ve experienced difficult and life changing experiences. At ConnectFutures, we work in schools across the UK, spurring and encouraging discussion on racism, justice, violence, and extremism. What happens, though, when a world event prompts activism in your student body and you are not have the time, resources or knowledge to engage with external organisations to help? What happens when students chant “free Palestine” as an act of solidarity during break time or if teachers remove pro-Palestinian posters put up by students on school grounds? What actions would you take as a teacher when a student asks why the school does not have an anti-racism policy in a science lesson on genetics? What happens when students disagree in the playground about Israel/Palestine events, Brexit or environmental activism? How can, or might you, address these issues yourself?

What can we do?  Facilitating difficult conversations in the classroom

While context matters and issues are never straightforward, these are our suggested best practice for facilitating discussions on tough topics when they arise in the classroom context.

These are not stand alone prescriptions. We need to weave conversations on tough issues into the work we are already doing with young people. It needs to become an expectation that we are interested and engaged in their thoughts on contemporary concerns, not that we will discourage or punish the expression of thought if it makes us uncomfortable or we don’t have an answer to the specific difficulty being posed. The key here is to see ourselves as facilitators instead of teachers. Being prepared for a difficult conversation doesn’t mean having a subject level knowledge of the topic being discussed. It can instead mean, preparing a set of open-ended, challenging questions designed to have students critically analyse their assumptions and beliefs.  This means asking what we might call ‘critical thinking questions’: what makes you think that? How might someone different to you think? Why might they think that way?

You’ll notice many of the ten tips imply dedicated time to prepare and run this facilitation. We recognise that time is not (at all!) of the essence in many institutions, so we’d be interested in other ways or resources you think would be useful to prompt discussion. School displays? Reflection rooms? Lunch time pop-up salons to discuss a recent world event? After-school clubs run by students for other students with you as the facilitator? Form time PSHE learning?

The bottom line is not shutting down debate on issues of global, national or local importance, and finding ways individually – or as a teaching team – to engage with controversial topics head on, even if it’s complicated. If school leadership advise certain topics should not be discussed, it is important to push for their justification; why? If you are a senior leader, consider the consequences of shutting down debate. Imagine caring about something so passionately, but not being able to discuss it, enquire about it or learn about it from others in your trusted education environment. Ignoring big societal moments risks students developing resentment, or turning to sources we can’t trust for their learning.  Interpretation of global events that foster grievance and hatred is one key mechanism in radicalisation.   We are convinced of the importance of building resilience to this through tough, open debate.  But if you remain unconvinced, get in contact! We’d love to chat.