Gangs, Glamourisation and Manipulation: insights from a rapper turned trainer on connecting with “the youth.”

A conversation between Malik (MD7) Harrison, our lead facilitator and creative, and Professor Lynn Davies

Malik is a professional hip-hop artist, as lyricist and MC with MD7, and a solo career that has seen him touring with artists including Jay-Z, Mark Ronson, Professor Green and Wiley. Malik is a highly skilled facilitator, performer and public speaker, using his skills to work through music and spoken word therapeutically.

“With an older group I tell them about the stages of grooming, about drug dealers, scammers, pimps, paedophiles. Especially if there are a lot of girls, I ask them, ‘Do you know what a pimp is?”

About: Malik is one of the lead trainers in the ConnectFutures programme on building resilience against violent extremism and exploitation. He delivers specialist sessions on gangs and grooming to a range of young people of different ages across the UK. Malik is also a professional rap artist, poet and writer who uses performance techniques in his workshops. Malik’s workshops are always hugely well received, by the young people as well as their teachers. In this conversation, I ask  him the secrets of his success around engaging with young people on challenging issues and what lies under the rapport he builds.

Outside of work, he’s had a solo music career touring with Jay-Z, Mark Ronson and Prof Green amongst others.

Extremism. Fake news. Conspiracy theories. Huge topics. How do you connect with young people? What techniques do you use?

I would say I make that connection at the start by reading the room, listening to the young people to see where they’re at, looking at body language and getting into the headspace of the community. I might get information on the specifics of their local community: if I knew someone in the community from the city, I would ask them to break it down for me. This could be anti-social behaviour, knife crime, racism, fighting in different areas or individuals going astray.

Then I would straight away ask simple questions about the area and what’s going on. I ask about their fears, what are their fears at the end of the [school] day. They may know someone of their age who has been beaten up/stabbed/killed. 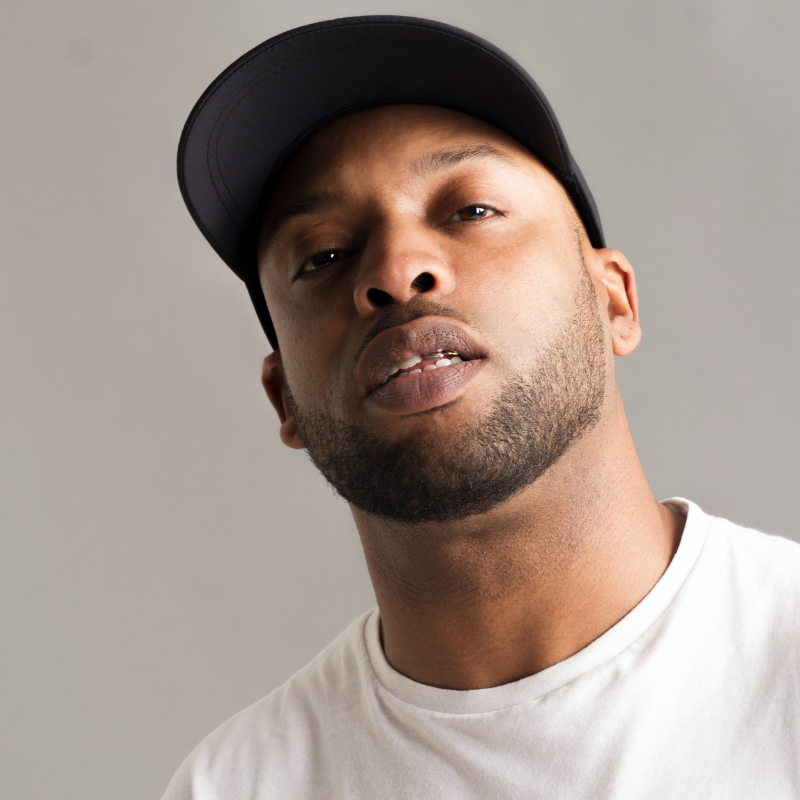 He has worked with at risk young people within secure units and other institutions for over 10 years. His work with ConnectFutures includes national delivery for our BRAVE, Racial Justice, Contextual Safeguarding and Fake News programmes in targeted and assembly formats with a specialism in PRUs and SEND schools, large scale workshops, mentoring and 1-2-1s.

What in particular gets young people engaged and excited?

When I talk about entertainment and reality. I talk about violent films, gangster movies, video games, music, and we discuss that. I make a point to say: “if I came to this community as a groomer for drugs/gangs/extremism and you don’t know the difference between entertainment and reality, I would use that against you.” I play the villain. I say ‘Do you like designer labels, trainers, scooters, gadgets, games consoles? If you do, do you care who gives them to you?” –  that could be used against you. Same as if you believed in what most rappers say. There is nothing wrong in being into it [art and entertainment] but I reinforce that these lifestyles are not real or what you may think it is.

Would you take the same approach with primary age children?

Yes, it is the same thing but using a softer way to approach the serious issues. I would say to them that as you get older, you might get into these things, and [not seeing the difference between] entertainment and reality. I give warnings about being manipulated and groomed. While they will see themselves as fine, I will talk about power dynamics between adults and young people in a way that’s understood by them.

Do you give tips for staying safe?

With an older (youth) group I tell them about the stages of grooming, about drug dealers, scammers, pimps, paedophiles. Especially if there are a lot of girls, I ask them, ‘Do you know what a pimp is?” They all do. I refrain from talking about what a pimp or paedophile does but I talk about how all manipulators say specific things to find their vulnerabilities, for example, a girl says she doesn’t live in the same city as her family – that is, she does not have too many people to protect her. As a manipulator, this would be  music to my ears. I ask the class, “has anyone ever said “ I can’t stand my dad, I can’t stand my step-dad or family? ”  They put their hands up. But for a manipulator, they are ripe for finding another father/parent -figure.

I act as a decoy and lie: I used to come to this community – have you got an older brother, say 28, 29? Looks a bit like you”. She says. “No, I haven’t got any brothers, I just live with my Mum and little sister’. This is also music to my ears. “So as a manipulator I would pick you, you’re perfect”.

With primary age children especially, I say “if someone talks to you, you don’t need to talk to them, you don’t have to give them directions, just give an excuse for not stopping– I ‘m meeting my uncles, I’ve got football practice”.  It’s telling them they have options. Needless to say, the objective is not to scare young children but to have the dialogue in a responsible, age- appropriate way.

Your presentation is around slides.  How do you work within the slides to make them effective?

This depends on the nuances as part of the slides. I add little things and examples. One of the main things I want to get across is that they might not be as streetwise as they think. I might give an example that you are in a car with me or someone you didn’t know well, and the police arrive and then I say ‘put this in your bag”. What would you do? And if the police question you, do you say ‘no comment?”

What’s rap got to do with it? How much do you say about your own backstory in workshops? Do you tell them your history?

If it comes, up, yes, I let them know about my musical past touring with Jay-Z, Mark Ronson and Prof Green. It’s a good credibility bridge. I believe my rap career and performance skills are transferable to what I do now. I also tell them the way I was groomed, by friends. I still see them. I was the oldest of two brothers and sisters, with 7 years between me and my sister, 9 years with my brother, and no immediate cousins living nearby. So I had no family my age. I wanted more brotherhood. I wanted to belong. I lived outside the area of my friends, I wanted to be accepted. I had a good home, two parents, a good upbringing – but this didn’t stop me wanting a certain type of street credibility.

Is it important for a trainer to have a relevant backstory?

It’s not always necessary, particularly if the kids have been through or witnessed things already. They can provide the examples.

Has Covid made things worse?

I think it has made it a little bit worse. Some young people have become closer to their family, could have found a purpose, but others have problems with mental health, particularly if they have problems at home. And if money is scarce… I am sure the drug trade has not missed a step through Covid. There is a constant loyal customer base.

What advice would you give to another trainer working in schools?

Have room for experimentation. You have the slides, but as you digest them, think about any type of nuance from your life or something else, any little extra thing will go a long way. If you are in an area where the gangs are, give different messages for girls and boys. You can personalise, for example, “I grew up in Birmingham and I know that girls are attracted to gang types, even if they don’t necessarily approve”. I ask them if they are, and most put up their hands. “Any good looking ones?” and they laugh.

I give them the example of Terence. “Terence is respectful to you, he has known you a long time. But he is part of a gang”.  I ask, “Is any of the gang violent?” There is always one. “Is there a guy in the gang who would beat you up?’ They put their hands up. ‘Is there a guy who would sexually assault you? Yes. “Would Terence stand by you? I say that Terence is not violent, but he cannot control his friends and you cannot control them. The word ‘snitching’ does not apply to you, you are a school pupil not a criminal. You must protect yourself and your close friends. This is not Mexico. If you are doing nothing wrong, you can tell the truth.

I say, “Unfortunately some people in this room will experiment with drugs.  You could go from one end of the grooming line to the other on the same night.  When you are on drugs you do not make good decisions.  Look out for a friend who is doing drugs”.  I give examples that could happen to you, even innocently, you have a friend, you go to a party, you meet one of their other friends.

What feedback do you get? Is there a way of knowing what any long term impact is?

Teachers see things differently. 95% of what I say is for the young people and 5% for the teachers. Kids think they are too cool for school, their chests are out. But I ask the question, who picks you up from school, so it’s realising they are still children. So it’s instilling ‘This is what I can do to protect myself, be in control’. For the teachers, it is me bringing up fantasy and reality while providing practical solutions.

To make things memorable, there has to be, if not some sort of rap line or punchline, then simple terms that they remember, little gems, certain things that stick. I take them through the emotions, I start cool, then a little strict, lay down the rules, then I joke around and be more relatable, then I turn into a groomer/recruiter/extremist, then I take them into deep water. I do different things so that some will stick with different young people. I do scenarios that others might  go through, without making them scared, but just to be aware and more in control.

So, finally, what top three tips would you have for others working with young people?

For more information on the workshops Malik delivers, click here